An update on Steve Abraham’s one year time trial record attempt. At approximately 8.10am on the 29th March Steve was involved in an accident. He was hit from behind by a suspected drunk motorcyclist. He did attempt to carry on, but was forced to stop after a further 30 miles. […] 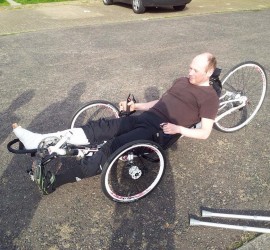